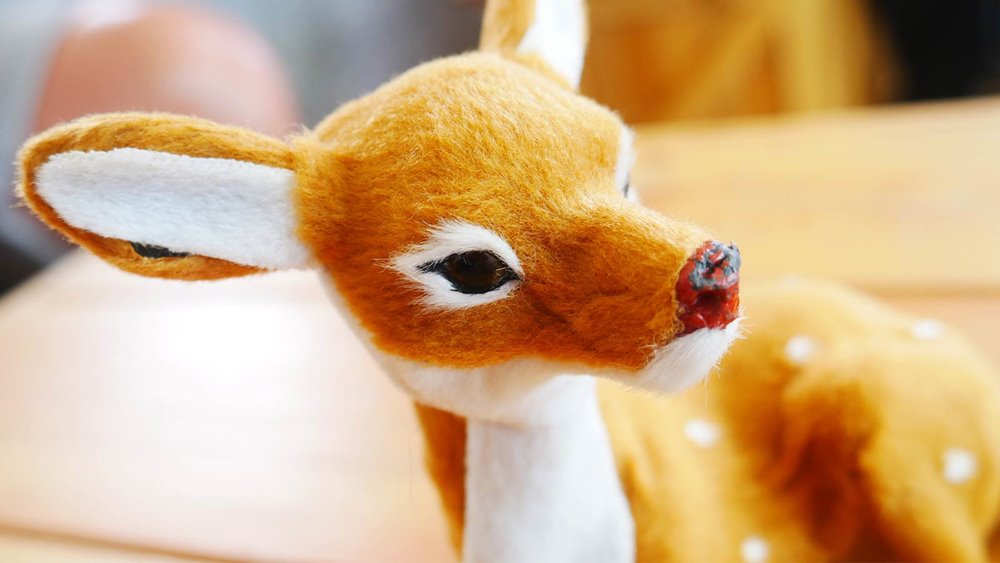 You know Dasher and Dancer and Prancer and Vixen. Comet and Cupid and Donder and Blitzen. But do you recall, one of the greatest content marketing campaigns in retail history?

That’s right. Rudolph the Red-Nosed Reindeer didn’t begin as a children’s Christmas carol reimagined as one of the most iconic animated Christmas specials ever. It started as a department store giveaway.

And Rudolph isn’t the only holiday tradition that originated as content marketing. Grab a peppermint stick, put on some carols and read on:

1. Montgomery Ward taps a copywriter to come up with a Christmas giveaway

In the late 1930s, Robert L. May, 35 years old and knocking out copy about collared white shirts for Montgomery Ward, was asked by his boss to write a “cheery children’s book” that the department store could use to attract shoppers. Not only would the story engage consumers young and old, it also would replace the coloring books Montgomery Ward usually gave away – boosting the store’s bottom line by eliminating the cost of buying the coloring books.

May, who felt he was wasting his creative talent writing catalogue copy, took the opportunity to express himself through the underdog tale. The book was a hit. In its first year, Montgomery Ward gave away 2.4 million copies. By 1946, that number had increased to more than 3 million.

Perhaps as a show of gratitude – or maybe it didn’t know what it had – Montgomery Ward released rights to the story to May for free. May, who struggled paycheck to paycheck for years, eventually turned the poem into a song, found a book publisher and, finally, success.

Atlanta-based Coca-Cola didn’t create Santa Claus, but the company did introduce us to the jolly old elf we all know so well.

In the 1930s, artists had dozens of ideas about Santa Claus’s appearance, ranging from a short, mischievous – and kind of scary – sprite to a lithe outdoorsman in a flowing, blue coat – and the characters were used by everyone to sell product. Coca-Cola was already using the image of a department store Santa to sell soda, but it wanted a whole new take on the man with the hat for its upcoming national advertising campaign.

The company hired Michigan-born illustrator Haddon Sundblom to design a wholesome, happy Santa. Inspired by Clement Clark Moore’s “A Visit from St. Nicholas,” Sundblom created a plump, friendly, “real” Santa with a big smile and bigger laugh. Coca-Cola’s Santa debuted in The Saturday Evening Post in 1931 and was an instant hit.

Sundblom would refine the character during the next 30 years, painting his final version in 1964. Artists have used his work to inform depictions of Saint Nick for Coca-Cola ever since.

Speaking of Santa, kids around the world – and their weary parents – can thank James Edgar for introducing us to the department store Santa. Edgar, a Scottish immigrant, owned a Brockton, Mass., dry goods store in 1890 and was looking for a way to attract business during the holiday season. He thought dressing as Santa and roaming the aisles might do the trick. So, he had a Santa suit made and spun the story that Santa would visit his store to greet good little girls and boys that season.

The story caught on. Parents and children from as far away as Rhode Island and New York took the train to Edgar’s store to see Santa. “You just can't imagine what it was like. I remember walking down an aisle and, all of a sudden, I saw Santa Claus. I couldn't believe my eyes, and then Santa came up and started talking to me. It was a dream come true,” Edward Lowery Pearson, then in his 90s, told Modern Maturity in 1976.

Today, department store Santas, aka mall Santas, attend Santa College, can pull in $30,000 or more in one six-week season, and are visited by tens of thousands of kids every year.

Every Clark Griswold has Edward Hibberd Johnson to thank for those long days and lonely nights stringing countless Christmas lights along the eaves and around the tree.

Working for Thomas Edison, Johnson was often tasked with finding a way to market Edison’s patents and inventions to consumers. When Edison patented the light bulb in 1880, no one was sure how to sell them to a country where electrification wasn’t widely available.

Then Johnson had an idea.

Fresh cut Christmas trees were all the rage in the U.S. after the White House made them popular in the mid-1800s. The only problem? They were lit with candles – and fresh cut trees can become quite flammable. Edison’s light bulbs would solve that problem.

Johnson lit a Christmas tree with 80 red, white and blue lights he hand-strung together, put the tree on a revolving platform, placed it in the front window of Edison’s shop, and called the Detroit Post and Tribune.

“At the rear of the beautiful parlor was a large Christmas tree presenting a most picturesque and uncanny aspect. It was brilliantly lighted with ... 80 lights in all encased in these dainty glass eggs, and about equally divided between white, red and blue. One can hardly imagine anything prettier,” the paper reported the next day.

Johnson made the light show a tradition, adding more lights each year. When electrification swept the country in the 1930s, Johnson and Edison’s company was ready to make those Christmas tree lights a family tradition for decades to come.

4. Woolworth weaves a story about the Christmas pickle

Since I was a teenager, my family has followed the German tradition of the Christmas pickle. My parents would hide a small pickle ornament somewhere in the Christmas tree and whoever found the pickle would have good luck the following year.

Here’s the thing. Most Germans are completely unaware of this tradition. In fact, it’s likely the tradition didn’t start in Germany – or Europe – at all. Some believe it began with a Bavarian soldier fighting in the American Civil War. Imprisoned during Christmastime and ill with a mysterious disease, the soldier asked only for pickles, which miraculously cured his ailment. Others think it may have originated in a tiny German village. A bad harvest year meant most villagers couldn’t afford Christmas ornaments. Instead, they hung vegetables in their place.

The probable truth, though, is that Woolworth invented the tradition. The department store imported glass ornaments from Germany in the 1800s. The well-crafted, vegetable-shaped ornaments sold well – except the pickle-shaped baubles. To entice shoppers to purchase the pickle ornaments, Woolworth wove a wonderful story about the Christmas pickle tradition, and consumers ate it up. (Pardon the pun.) They loved the story so much, Woolworths order even more pickle ornaments the following year.

5. PNC tallies up the 12 Days of Christmas

If you’ve ever wondered how much it would cost the gift giver in the 12 Days of Christmas to buy all those presents, PNC has your answer. Every year since 1983, the financial services company has published The PNC Christmas Price Index, which tallies up the cost in today’s dollars.

This example is a bit of an honorable mention, since the Christmas carol didn’t originate with PNC – but it is one of the best examples of modern holiday content marketing. The Price Index’s web design is beautifully crafted, the content is simple and engaging, and the rise and fall of gift prices tells a great story about how the actual U.S. economy is performing.

PNC extends its content strategy by providing a downloadable Activity Book, which engages youngsters and introduces parents to PNC’s Grow Up Great financial literacy program, and a destination where visitors can learn how to create crafts inspired by the 12 Days of Christmas. Each is designed by a professional crafter spotlighted on the page and linked to their website, which encourages sharing by the professional to his or her extended audience.

Each example reminds us how successful a simple content marketing strategy can be – and the powerful effect story can have. Some stories even transcend their original purpose and, like Rudolph, they go down in history.

Wondering how a strategic content marketing strategy can do the same for your business? Falls and Co. can help.

Tom Tennant is a senior content strategist at Falls & Co. He began his career as a news reporter and trade press editor. Tom shifted to media relations, working for one of the largest financial services companies in the U.S. – and then shifted again, spending more than a decade as a digital marketing team lead and content strategist for a leading enterprise information management software company. 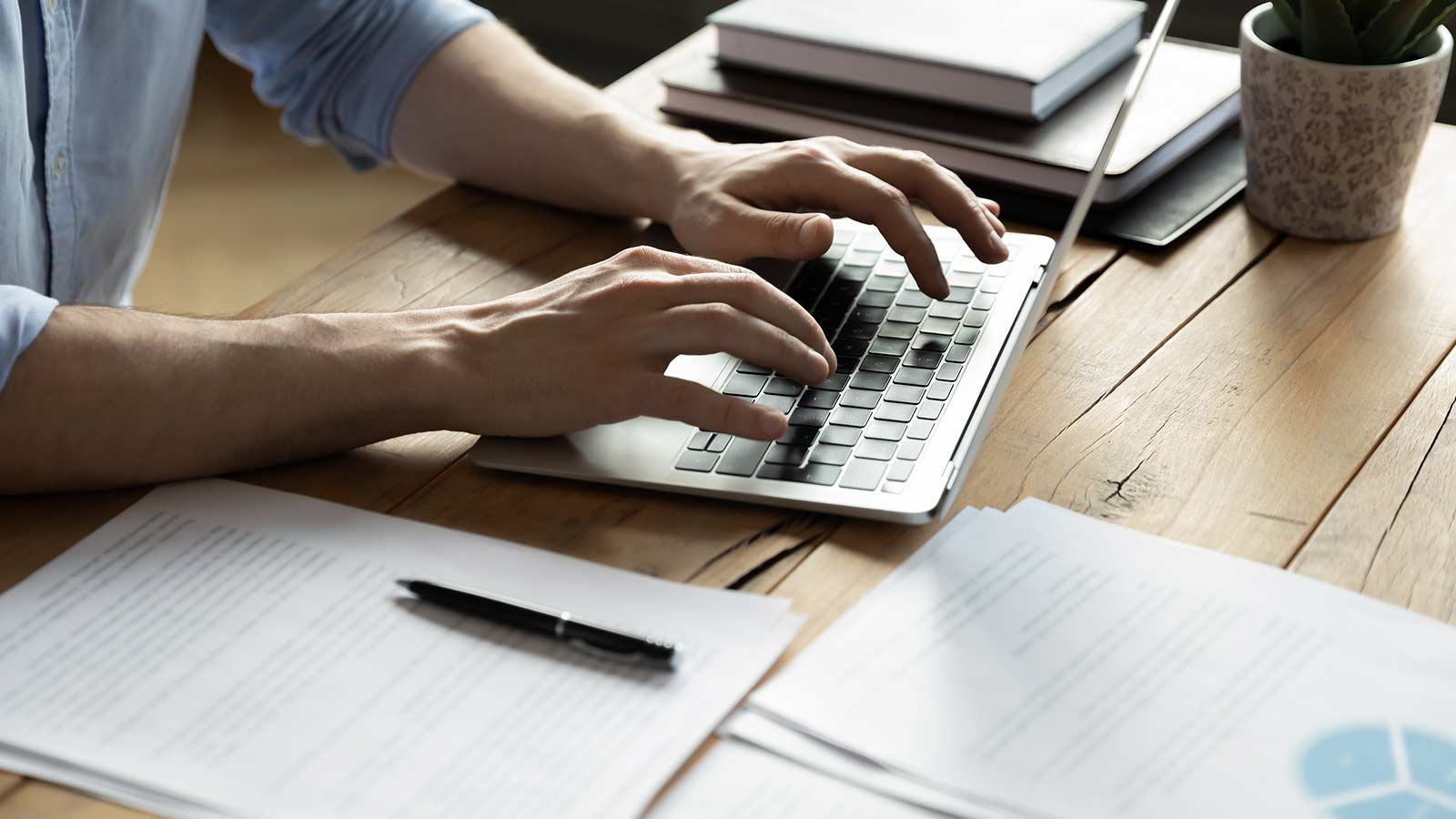 Does Blogging Help SEO? You Bet It Does 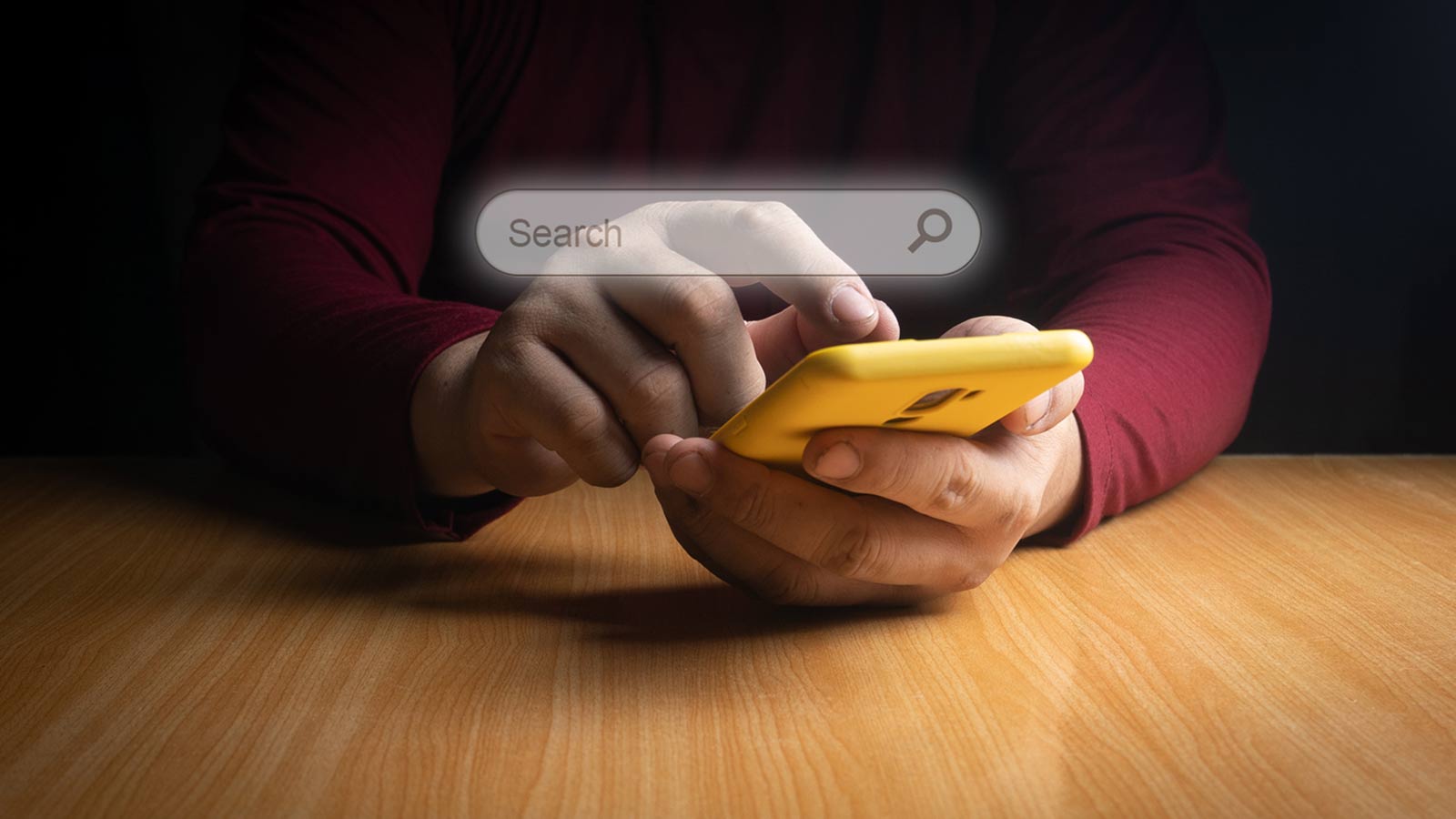 Why Google Should Be One of Your Marketing Personas 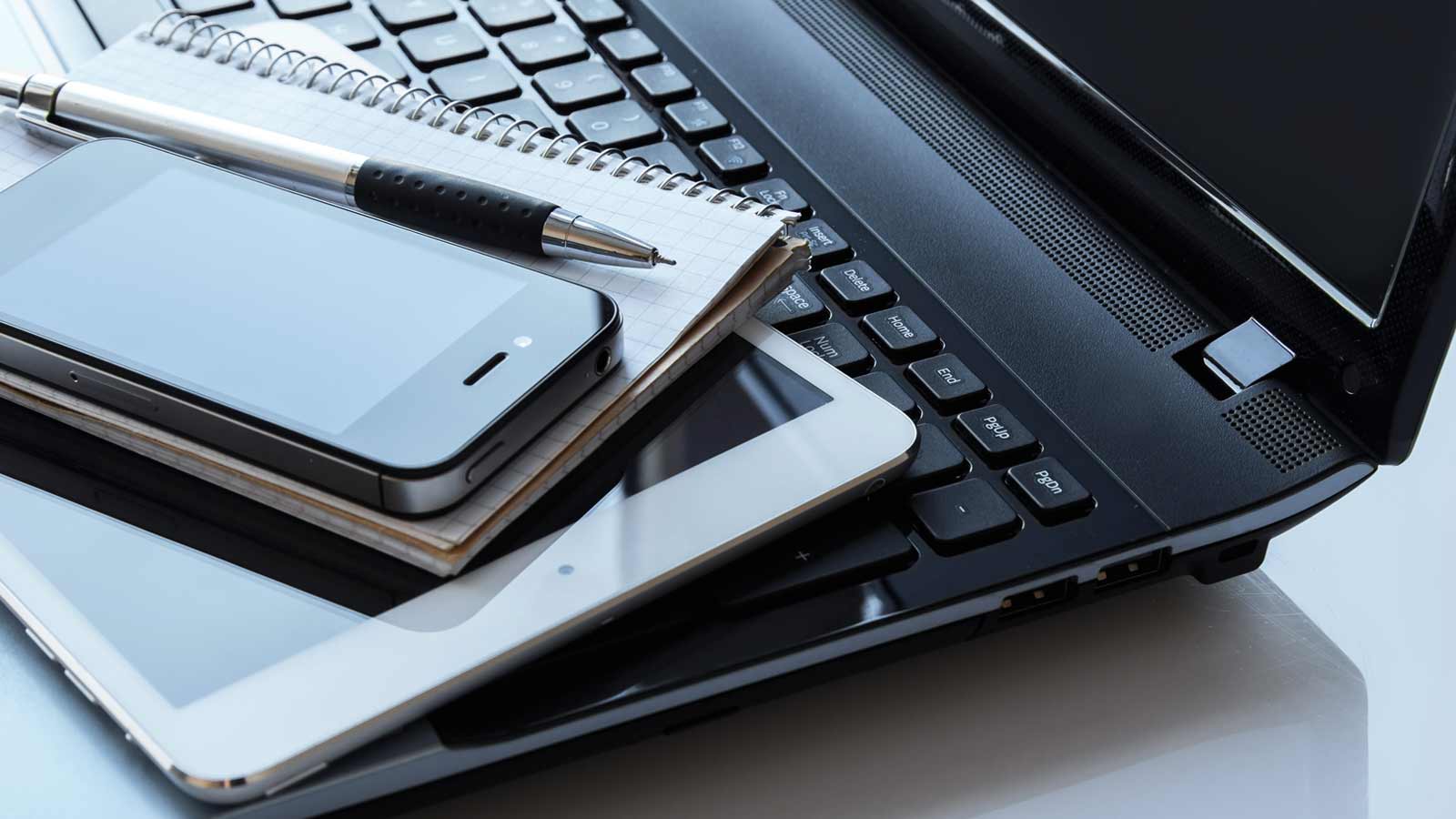 A Message to Remember: Be Consistent! 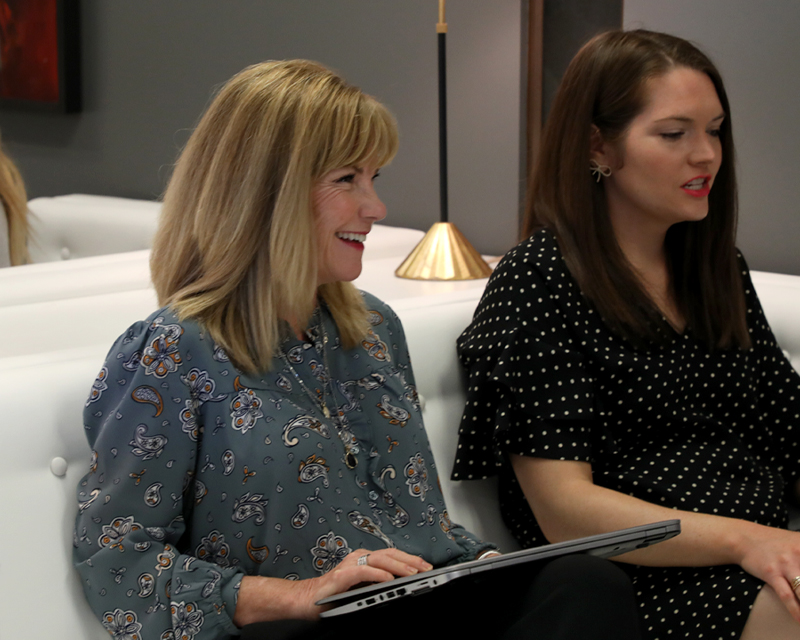