The store of champions.

A 52-year was curse was lifted in when the Cavs won the NBA Championship and Cleveland got a parade.

A championship city deserved a championship store, so we rebranded the look and feel
of the Cavs Team Shop to capture the intensity of the Northeast Ohio. The happiness of
Clevelanders was more than loud. It was Amplified.

Along with speakers placed throughout the store, every visual of players and fans was built
from sound waves, reinforcing the vibe of the city.

We also reached out to Cleveland rapper/violinist Humble G, and embraced his message of
energy and positivity to celebrate our-gosh it still feels so good to say-NBA championship. 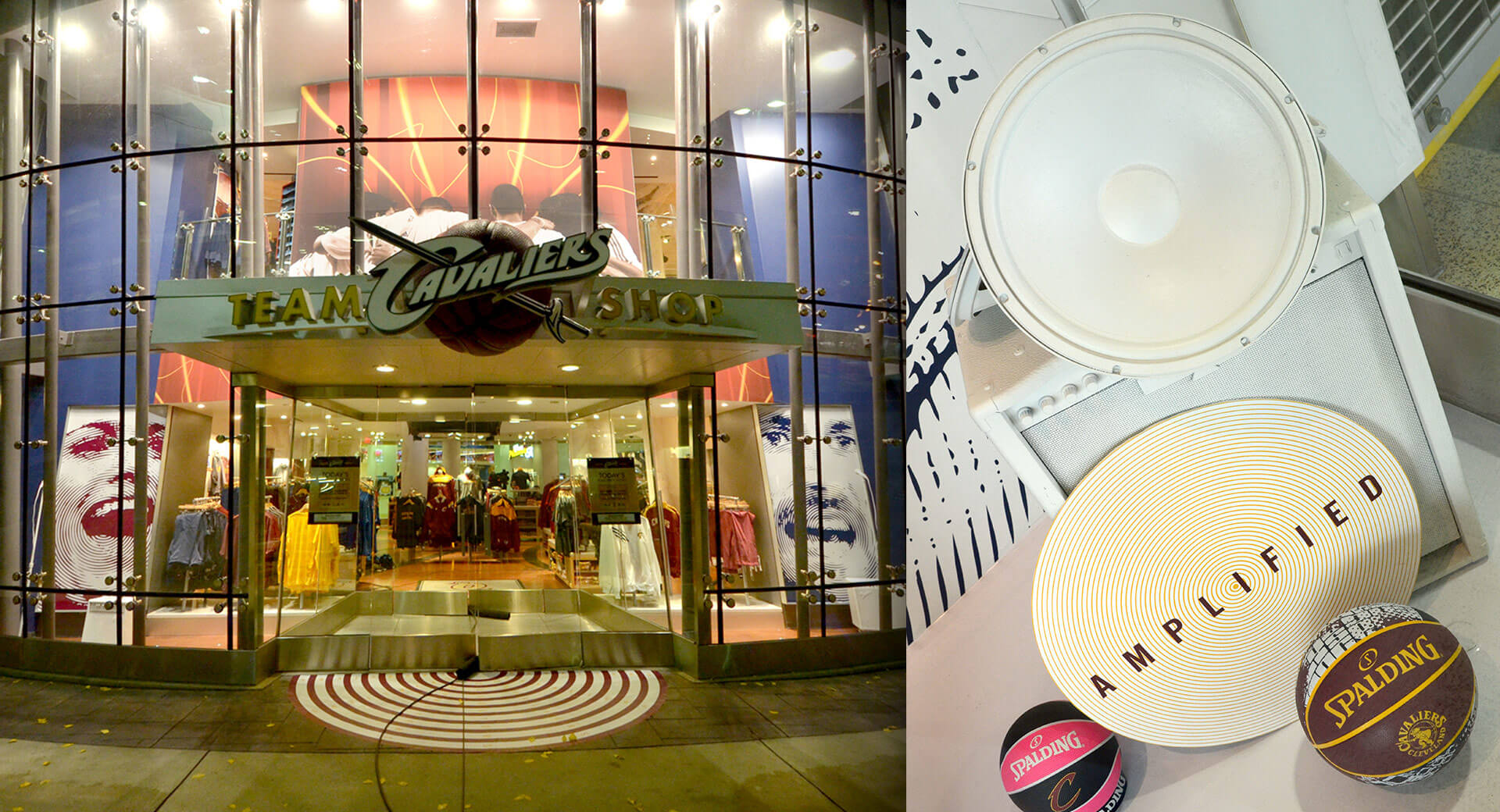 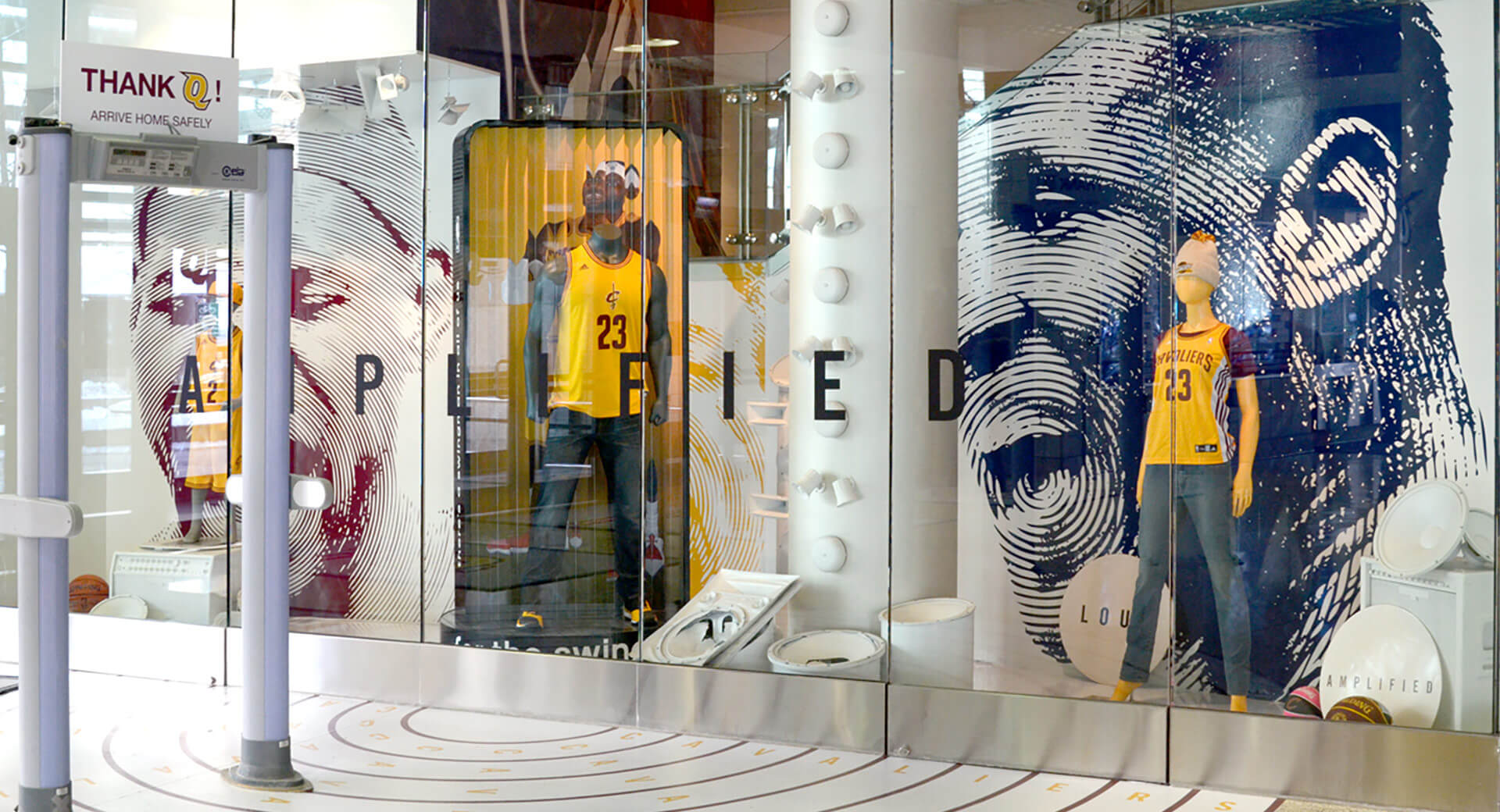 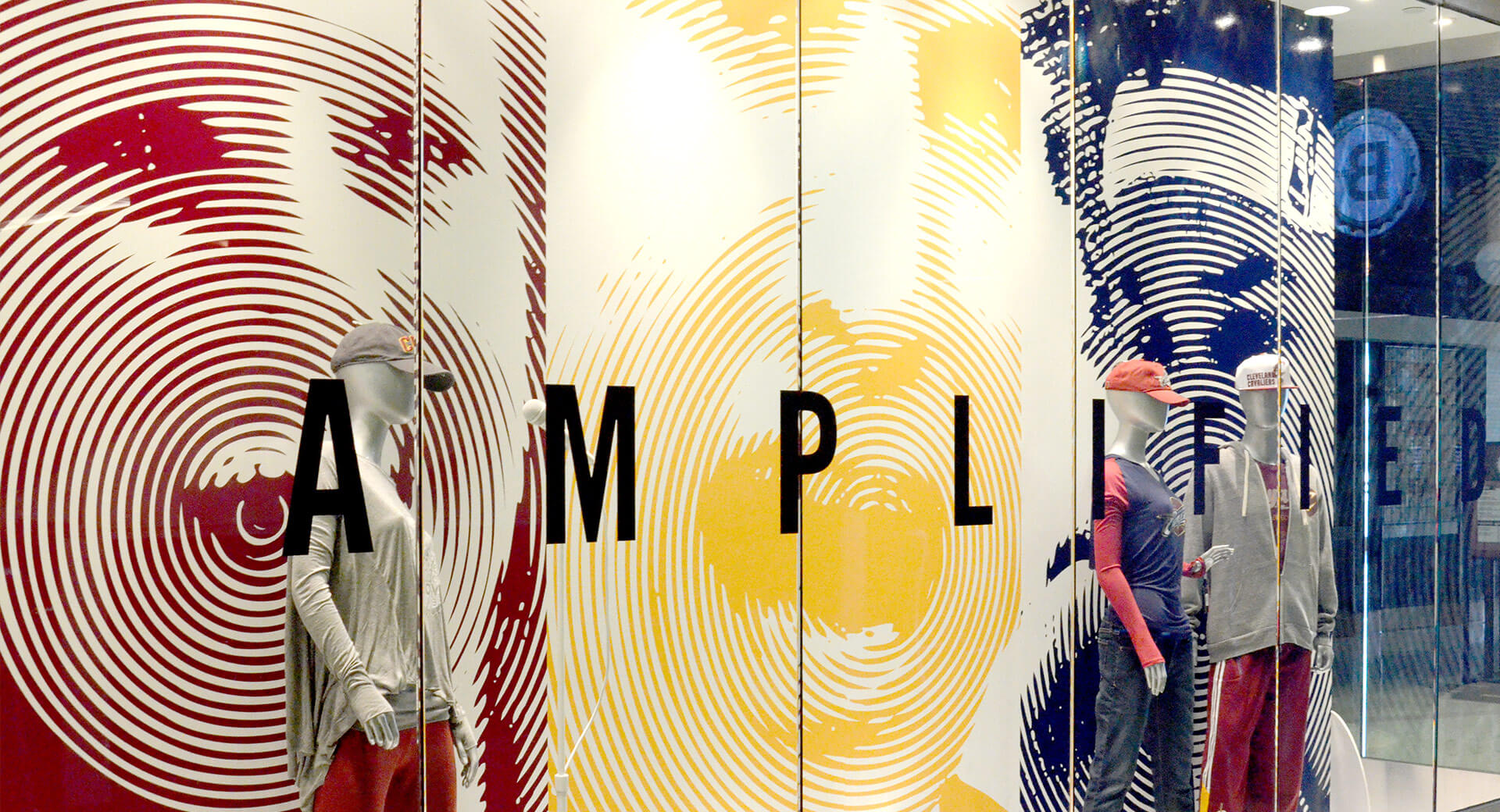